A Permanent Magnet Generator (PMG) alleviates the need for heavy gearboxes and expensive power electronic converters in conventional wind energy conversion systems.  PMG utilises the electrical specific advantages of IM (induction motor) and PM (permanent magnet) electrical machines, resulting in a direct drive system that is directly connected to the grid and is less complex and more cost effective than conventional systems.  The generator is capable of operating as a PMG or as a normal synchronous generator by simply removing the induction machine section.

The PMG of the invention introduces a slip modular concept which omits the need for a gearbox and power electronic converter, thus resulting in a direct drive system which is directly connected to the grid. The mechanical design of the machine follows a modular, separable approach with an induction machine mounted on a synchronous machine in such a way that they may be separated again if required.

Renewable energy systems between 25 and 75 kW

Laboratory and small scale field testing of the generator was done.

The technology is protected by the following patents:

Innovus is looking for partners to commercialise and take the technology to market as a product. 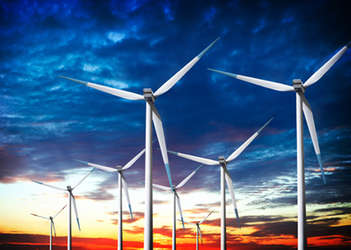